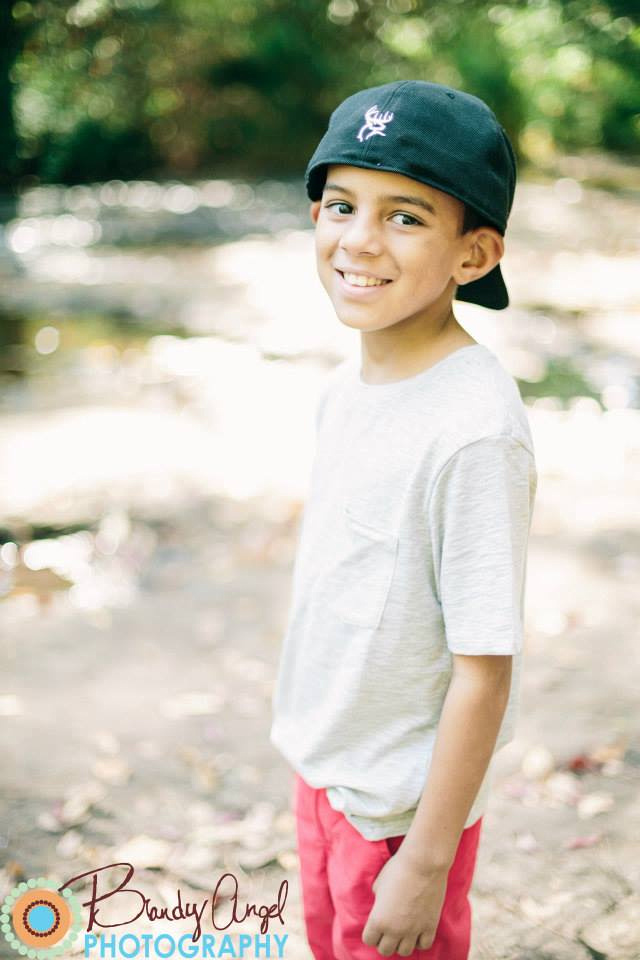 ~Prayers for Lake Bozman~​ www.bethematch.org
Lake is 5 year old and has a birthday coming up on May 24th. He has been diagnosed with Acute Myeloid Leukemia. He is being admitted into Egleston this evening (5/15/12) and will begin chemo treatment in the morning. This page has been created to send as many prayers as we can get up to our Heavenly Father and for words of encouragement and support for Lake and his family through this difficult time. We will update everyone as soon as we hear from his mother, Anna. Thank you all in advance for your love, prayers and support.
Lake's story from Anna.
"From the outside Lake looks and acts the typical seven year old boy, playing sports, wrestling with his little brother, and running around with friends. On the inside however, he is anything but typical. Lake has AML, acute myeloid leukemia, something that I never imagined my child would have. Since birth he has always been extremely healthy, only going to the pediatrician for his well visits. In the Spring of 2012, he started having ear infections and some sinus issues along with fevers that just wouldn't seem to go away and stay gone. Then he started becoming exhausted all the time which is just not normal for him at all. Finally the day after Mother's Day our pediatrician ordered blood work and after reading the results sent us straight to Scottish Rite Children's hospital where they diagnosed him with Leukemia. We were completely devastated but there was no time for all the hows and whys. The next day his central line was put in, we moved over to Egleston Children's Hospital, and he started chemo. Four rounds later he was in remission without hardly any complications or sickness and we were home again as a family. He was back at school, playing baseball, and was about to have a new baby sister. Then in April of this year at his routine clinic visit we found out it was back. Once again total shock and devastation. So here we are now just completed two more rounds of chemo and getting ready for a bone marrow transplant. The transplant is by far the biggest challenge we have faced. Lake is going to be very sick and he will be unable to see his little brother and sister for a long time but if this is what it takes to get him well and in remission forever, then we can handle it. Our hope and prayer is that Lake will get through this transplant and that he will go back to being a regular child and grow to live out all his dreams. Not in a million years did I think my child would be diagnosed with cancer but he was. It can happen to anyone. We have been truly blessed to have such an amazing support system and I know our faith in God and all the many prayers for Lake has gotten us through this. No family should have to go through this. While most children are playing with superheroes, these are heroes in real life and my son is one of them!
*Update on Lake: After completing 2 rounds of chemotherapy and radiation, Lake had his transplant on August 5th, 2013. It was a difficult few months but Lake as always was a total Rockstar and did great. He was 100% donor cells and in remission. He came home about a week before Halloween and slowly but surely things began to get back to "normal". He returned to school in late Springof this year and even played baseball. We were almost to a year post transplant and then at a routine check up in May, we found out he had relapsed once again. To say we were  crushed is an understatement. We are now praying for a miracle. Although Lake's cancer has been labeled as "incurable", we are not giving up! He was, is, and always will be my Hero!
Update on Lake: After his relapse we continued some different chemotherapy treatments to keep his disease at a minimum. He was able to do many things like go to Camp Sunshine, go on his Make-A-Wish trip ( a Disney Cruise ), go to school, be at home with his family, and even signed a one day contract with the Atlanta Hawks Basketball Team. He was doing well but then suffered a huge setback when he got pneumonia and his body went into septic shock. It was then we learned that his heart was at very low function  and that a transplant was no longer an option. We continued more gentle chemos until his body just became too tired and on May 1st of this year he went home to be with Jesus. We miss him like crazy but take comfort in knowing that he is now Cancer free and perfect once again. We plan to keep Lake's memory alive by sharing his story and continuing to raise awareness for childhood cancer and the importance of joining the Be the Match registry!!"

~Sadly Lake gained his wings before his perfect match was found on May 1, 2015 just weeks before his birthday.
Losing Lake was unexpected and painful. I have only known him and his beautiful family for a short time and I feel like they have each inspired me so much in their own way. I know in my heart they will continue to do so. I pray for their comfort now and for the love around them to help them through this awful time. The service at Lake's funeral had to be shared. This story is the backbone to what I do and what I HOPE to do. You are gone but never forgotten Lake Bozeman.

The Brave Little Soul
By: John Alessi
Not too long ago in Heaven there was a little soul who took wonder in observing the world. She especially enjoyed the love she saw there and often expressed this joy with God. One day however the little soul was sad, for on this day she saw suffering in the world. She approached God and sadly asked, “Why do bad things happen; why is there suffering in the world?” God paused for a moment and replied, "Little soul, do not be sad, for the suffering you see, unlocks the love in people’s hearts.” The little soul was confused. “What do you mean,” she asked.” God replied, “Have you not noticed the goodness and love that is the offspring of that suffering? Look at how people come together, drop their differences and show their love and compassion for those who suffer. All their other motivations disappear and they become motivated by love alone.” The little soul began to understand and listened attentively as God continued, “The suffering soul unlocks the love in people’s hearts much like the sun and the rain unlock the flower within the seed. I created everyone with endless love in their heart, but unfortunately most people keep it locked up and hardly share it with anyone. They are afraid to let their love shine freely, because they are afraid of being hurt. But a suffering soul unlocks that love. I tell you this - it is the greatest miracle of all. Many souls have bravely chosen to go into the world and suffer - to unlock this love – to create this miracle - for the good of all humanity."
Just then the little soul got a wonderful idea and could hardly contain herself. With her wings fluttering, bouncing up and down, the little soul excitedly replied, "I am brave; let me go! I would like to go into the world and suffer so that I can unlock the goodness and love in people’s hearts! I want to create that miracle!" God smiled and said, "You are a brave soul I know, and thus I will grant your request. But even though you are very brave you will not be able to do this alone. I have known since the beginning of time that you would ask for this and so I have carefully selected many souls to care for you on your journey. Those souls will help you create your miracle; however they will also share in your suffering. Two of these souls are most special and will care for you, help you and suffer along with you, far beyond the others. They have already chosen a name for you. God and the brave little soul shared a smile, and then embraced.
In parting, God said, “Do not forget little soul that I will be with you always. Although you have agreed to bear the pain, you will do so through my strength. And if the time should come when you feel that you have suffered enough, just say the word, think the thought, and you will be healed.” Thus at that moment the brave little soul was born into the world, and through her suffering and God’s strength, she unlocked the goodness and love in people’s hearts. For so many people dropped their differences and came together to show their love. Priorities became properly aligned. People gave from their hearts. Those that were always too busy found time. Many began new spiritual journeys – some regained lost faith – many came back to God. Parents hugged their children tighter. Friends and family grew closer. Old friends got together and new friendships were made. Distant family reunited, and every family spent more time together. Everyone prayed. Peace and love reigned. Lives changed forever. It was good. The world was a better place. The miracle had happened. God was pleased.