Our Hero Henry gets famous! 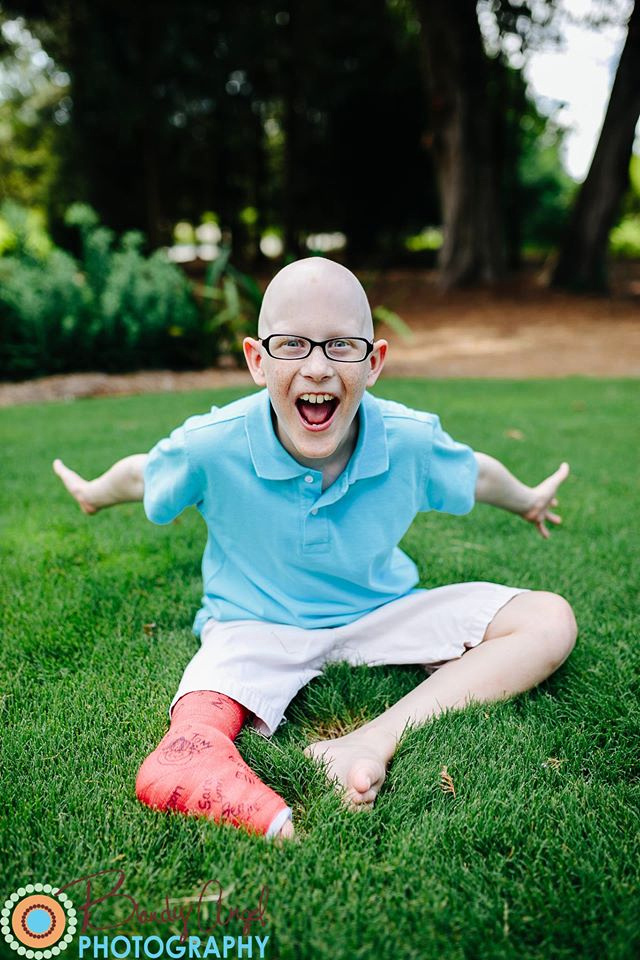 He's now been featured on

AND he will be interview on Entertainment Tonight!

A 9-year-old Athens boy had the chance to meet one of his favorite celebrities while undergoing chemotherapy in Atlanta.

It was last Thanksgiving that the Shepherd family found out their son Henry had Osteosarcoma, which is a type of bone cancer that begins in the cells that form your bones. It started with knee pain.

The Shepherd family said Henry has been in and out of the hospital since December of 2014. He is admitted for every chemo treatment and has had 17 treatments so far. His final treatment is this Friday.

In March, Henry also had surgery to remove a malignant tumor from his right femur in Gainesville, Florida. His foot was removed from his leg during this surgery and rotated 180 degrees. The remaining portion of his tibia was attached to the remaining femur which allows his ankle to function as his knee.

The advantage of Rotationplasty is that he will have a “knee” to allow for better control versus a prosthetic leg, according to his family.

On Sunday, as Henry was getting his second-to-last chemo treatment, a very special visitor stopped by Children's Healthcare of Atlanta at Scottish Rite… Actress Jennifer Garner!

Garner has been filming Miracles from Heaven in Atlanta, which is set to release in 2016. The movie is about a young girl suffering from a rare digestive disorder. It’s based on the book Three Miracles From Heaven which was written by Christy Beam.

Garner, along with actress Kylie Rogers who is also in the movie, decided to visit some of the children at Scottish Rite. They stopped by Henry's room and chatted with him, and Henry's twin sister, for about ten minutes.

Henry's mom, Carrie Shepherd, said Garner was "genuinely nice." She also said Henry is a huge fan of Garner's movie Alexander and the Terrible Horrible No Good Very Bad Day and knew who she was right away.

We learned about Henry's story through photographer Brandy Angel, who we recently interviewed. Angel is dedicated to helping others and has photographed many families in need of kidneys or any sort of help.

"I love people. That's what I do," said Angel. "I feel like everybody deserves compassion and help because we are all at that position at some point in time in our life."

Angel recently snapped some photos of Henry and his family and uploaded his story to her website. View that here.

A GoFundMe page has been created for Henry called “Henry Our Hero.” If you would like to pay it forward and donate towards medical expenses, click here.

A "Henry Our Hero" Facebook page has also been created. You can send your well wishes, support, love and cheers on that page by clicking here.

From all of us at FOX 5, we send our love and wish you a speedy recovery Henry!