A Blessing for Brian- His Search for a KIDNEY

I had the priveldge of meeting Brian today before I made the Stone Mountain climb and I wish I had more time to talk to him! He was such a wonderful person and I am so excited to be able to help him get his need out there! PLEASE SHARE HIS STORY!
http://facebook.com/ablessingforbrian
Woodstock resident Brian Mott, 56, is in desperate need of a kidney transplant from a living donor. Brian’s personal journey began in 1995 when he was diagnosed with medullary cystic kidney disease, commonly called UKD, a rare, inherited disorder caused by a genetic chromosome mutation. Children of affected parents have a 50 percent chance of developing UKD. This inherited disease has taken the life of Brian’s grandmother at age 31, and his father at
age 36. Today, three of his six siblings have been diagnosed with UKD, along with his daughter. “UKD is one of the more vicious forms of kidney disease, but it is the one type of kidney disease that can be treated successfully for a long period of time with a donor kidney, as it is
not caused by outside sources such as diabetes or high blood pressure,” said Brian. Eighteen years ago, Brian received his first kidney transplant when his beautiful sister- in-law Martiza was in a fatal car crash involving a drunk driver. “They called it a tragic miracle, but I call it something good that came out of something
that should never have happened,” said
Dave, Brian’s brother and Martiza’s husband. Maritza’s donated kidneys saved Brian and his brother Wayne, as well as countless others who received her donated organs. “For the past 18 years, Brian has successfully lived with Maritza’s kidney – well beyond the average. However, his transplant kidney began failing in August of 2013, and for the past three years, he has been on a big-time roller coaster, healthwise. In November 2013, he suffered a hemorrhagic stroke, which really set him back, and [he] had to have his aortic valve replaced.”
Brian has been cleared for another transplant and is in desperate need of a living donor, as his health continues to decline. Most people start with family members when looking for a donor, but that is a limited option due to the Mott family’s health history. Most people don’t realize that donating a kidney is a relatively simple procedure; it’s a laparoscopic surgery, which is a minimally-invasive technique that causes less discomfort than procedures performed in the past. There are also shorter hospital stays and recovery time.
Brian and his family have had their fair share of adversity,
and have learned first-hand the importance of good health and vitality. Brian shares his story not only to create awareness about the growing need of living organ donors today, but also with a glimpse of hope that someone may be moved to give the gift of life. To learn more about how to become a living kidney donor, visit www.kidneyregistry.org. To contact Brian Mott directly, email [email protected] or call him directly @678-770-1885. 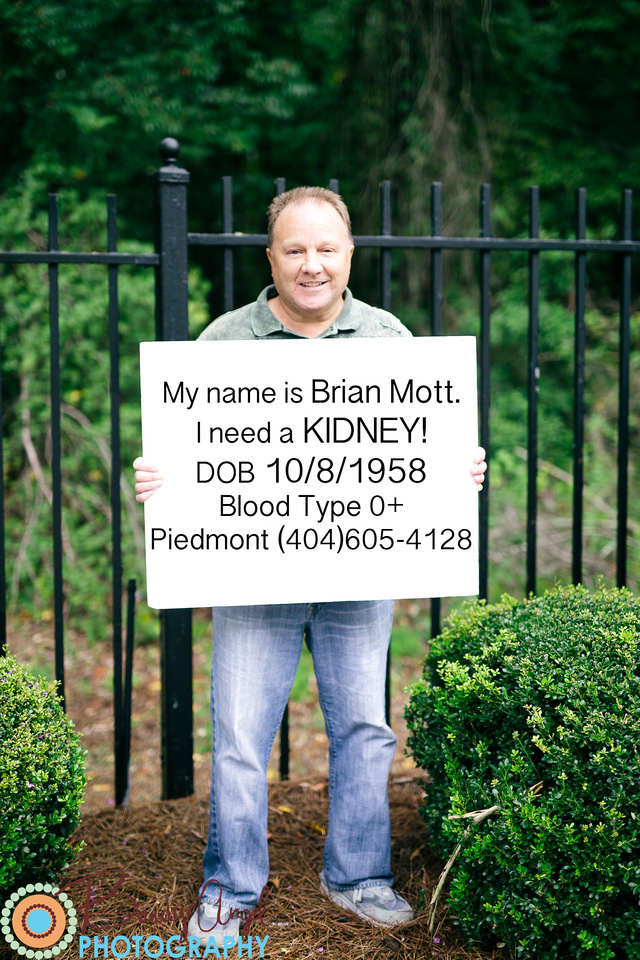 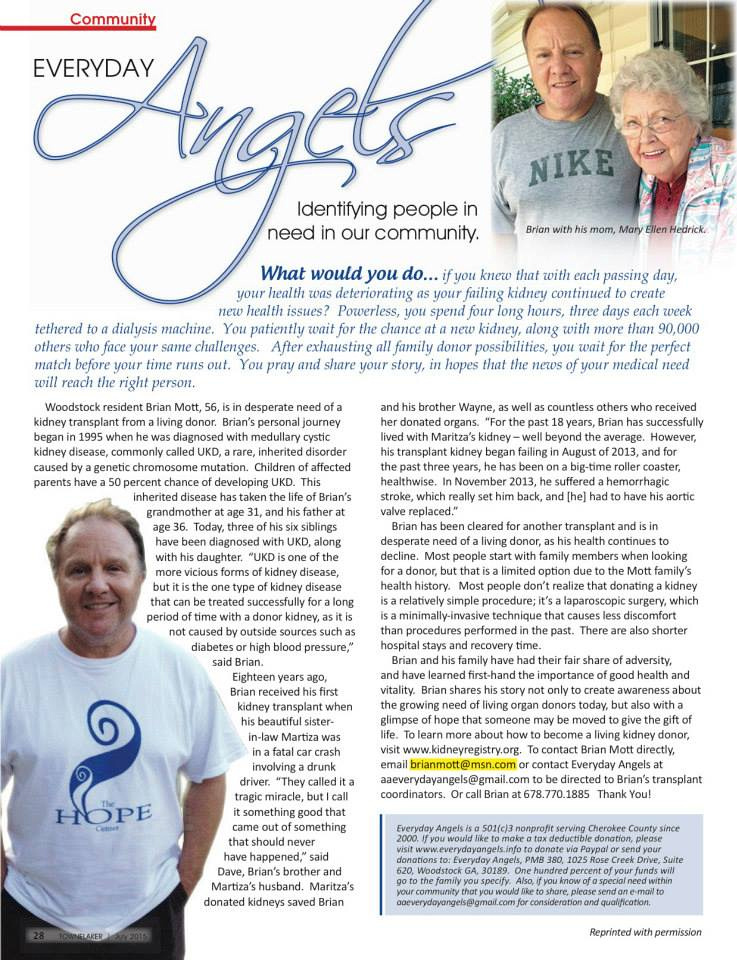